Macarons are one of my favorite desserts but they are very time consuming and a bit difficult to make so I rarely ever make them and prefer to let someone else do the hard work. Then I can just pick them up all nice and packaged and ready to be eaten. 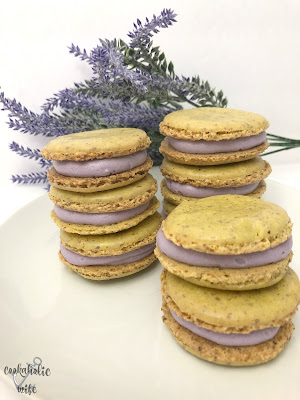 But when I was thinking about what to make for this month’s Improv Cooking Challenge with the ingredients lemon and lavender, it felt like a macaron kind of recipe. Lavender has always struck me as a fancy ingredient and macarons are definitely fancy, so putting them together seemed to be the perfect choice! 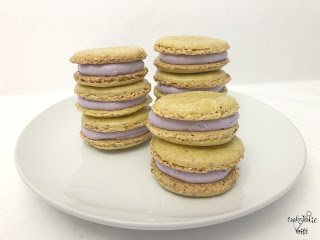 The #ImprovCookingChallenge is a monthly blogging event where two ingredients are assigned to a month. Bloggers can make any recipe they like as long as it features the two ingredients. If you are a blogger and would like to join us, please visit our Facebook page.

You can also read more about the event on our our home page. If you’d like to see previous creations, check out our Pinterest board. 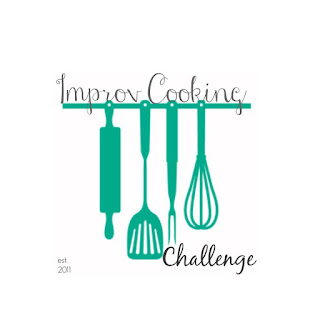 I don’t think I’ve ever had a dessert with lavender before so I went light on the extract in the buttercream to not make it too overpowering. If you are a fan of lavender or have baked with it before, feel free to increase the amount of extra to a teaspoon. 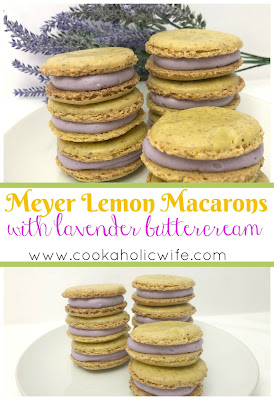 For the Lemon Curd:

For the Lavender Buttercream:

Prep time includes allowing the macarons to set for 1 hour prior to baking. Macaron ingredients are listed in grams as it's best to use a precise measurement. Macaron Source: 52 Kitchen Adventures
Keyword cookie, lavender, macaron, meyer lemon, spring
I love seeing what you made!Mention @CookaholicWife or tag #cookaholicwife! 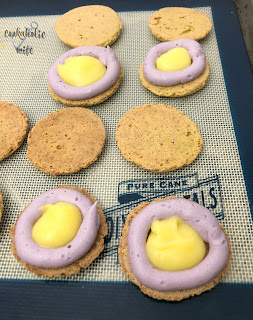 I think the next time I attempt to make macarons I’m going to have to use the dry container of my Vitamix to blend the flour and powdered sugar together. I first put the almond meal in the food processor by itself for a few minutes and then did five minutes with the powdered sugar and I still don’t feel like the batter was light enough to properly make the cookies look the way they are supposed to. 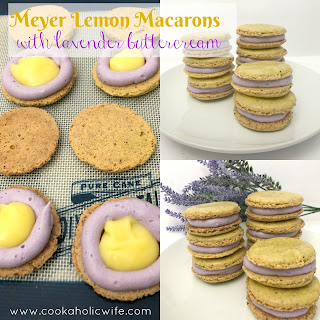 The macarons turned out a little denser than they’re supposed to be, but they’re full of great flavor. The floral notes from the lavender and the tang of the lemon curd pair really well together. 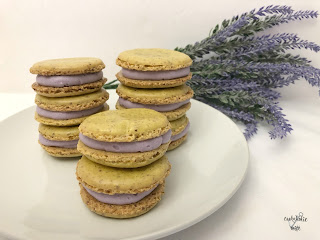